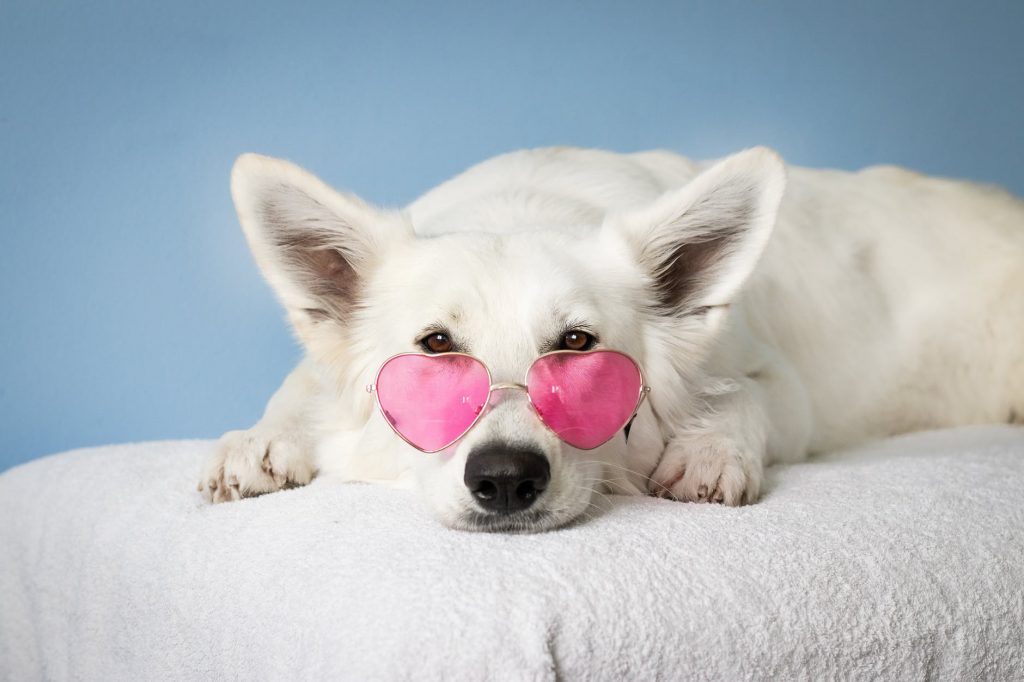 Pets generally refer to dogs, cats, freshwater ornamental fishes, birds, reptiles, etc., that are raised in the family as companion animals. Among them, pet dogs and pet cats occupy most of the market in terms of household ownership, scale, and consumer preferences.

With the development of the social economy and the acceleration of urbanization, the continuous improvement of people’s material life, the accelerating pace of social aging, and other objective factors have become prominent. People have begun to seek emotional and spiritual comfort and sustenance. Pets can relieve human pressure and are not Features such as proactively making demands to humans have gradually gained people’s favor. People gradually began to buy daily necessities, food, and clothing for pets began to provide pets with services such as grooming, medical treatment, domestication, hospice, etc. and designed personalized products for pets.

Since its development, the pet industry has a history of more than 100 years in developed countries. At present, pet-related industries and surrounding areas have become an independent industry, with branches and leaves, and market segments becoming more and more refined. Specifically, the pet industry refers to all areas related to pets, including pet food, pet medical treatment, pet training, pet breeding, pet supplies, pet grooming, pet insurance, etc.

According to Euromonitor International’s survey data, the global pet market size in 2015 was about $105 billion, and in the past five years, the global pet market maintained a year-on-year growth rate of about 5%. Among them, the United States, as the world’s largest as well as the most mature pet consumer market, total spending on the pet industry reached $60.28 billion. Other countries such as Europe and Japan have reached a certain level of pet industry market size.

The global pet industry is not evenly distributed, overall showing the northern hemisphere is larger than the southern hemisphere, the United States and Europe is much larger than other countries and regions. From the point of view of the output value, the pet economy in North America accounted for 37% of the global total output value, Europe and Asia are about 23%. From the perspective of the proportion of family pet ownership, the U.S. family pet ownership rate of 65%, much higher than the developed countries in Germany’s 36% and Japan’s 28%.

During this century-long development period, the U.S. has the most complete pet industry market segment in the world, with 65% of all U.S. households owning at least one pet, making it the world’s largest pet breeding and consumption country. American families keep pets mainly dogs and cats, and some families also keep freshwater ornamental fish, birds, reptiles and other more niche pets.

In recent years, with the improvement of people’s living standards, pets are taking on more of the role of family or friends, and the function of humans initially keeping pets for agricultural production and living is gradually weakening. According to a survey by the American Veterinary Medical Association, more than 66.7% of Americans currently view their pet dog as one of their family members, and less than 1% of Americans simply consider their pet dog as their property. This has led to the pet industry in terms of consumption and the general industry is fundamentally different, pet consumption is essentially a kind of emotional consumption, as pets in people’s hearts more and more important, the emotional stickiness between people and their pets brought about by the growing pet consumption will become the size of the pet industry can not be ignored to support the force.

Europe is another major global pet consumer market, similar to the U.S. market environment, after years of development, the number of pets and the scale of consumption are at a high level. In Europe, the number of households with at least one pet is about 75 million, and the proportion of households with at least one cat or dog is 24% and 21%, respectively. The market for pet food, including pet breeding, pet training, pet supplies, pet grooming, pet medical care (veterinary medicine, treatment, vaccines, etc.) can total up to 30 billion euros.

In terms of sales channels, the European market is relatively similar to the U.S. market, there are traditional pet retail stores, flower stores, self-service malls, as well as some supermarkets and discount stores (such as Auchan, ALDI) for the sale of pet supplies. In recent years, online and mobile sales have made rapid progress. Retailers in different channels will choose different product ranges and product positioning. Traditional supermarkets and discount stores will choose the typical low- to mid-range and higher-volume pet products, while specialty pet retailers will offer a full range of pet products including food, toys, cleaning, litter pads, etc. Well-known European pet supply brand names include Fressnapf, Zooplus AG, Italy’s Ferplast, Germany’s TRIXIE, and Belgium’s Green7.

Since the 1980s, young people in Japan have been reluctant to marry, and the proportion of single men and women in society is alarming. According to a survey, in 2011, 61% of unmarried men and 49% of unmarried women were in the 18-34 age group. The 2014 Demographics Dataset released by the National Institute of Social Security and Population Studies also shows that the “career unmarried rate” for men and women aged 50 is 20.14% and 10.61%, respectively, and they can be basically classified as “lifelong unmarried. In addition to the “unmarried”, there are more and more Japanese young people who do not want to have children after marriage and enjoy the life of a dinky family. Many Japanese young people prefer to spend their time and energy on their pets than on marriage and children, and consider their pet dogs and cats to be part of their family, spending most of the money they would otherwise spend on children. Population aging is a common problem in developed countries and regions, Japan is one of the world’s longest-lived countries, but also one of the most serious population aging, coupled with the long-term low fertility rate, the future of Japan’s elderly population is afraid of more and more. According to a survey conducted by the Japan Bureau of Statistics, in 2014 Japan’s elderly people over 65 years of age totaled 33 million, accounting for 26% of the total population, and young people under 14 years of age accounted for only 12.8% of the total population. In Japan, more than 60% of pet dogs and cats are kept by elderly people over 50 years old. With few children living alone in their old age, the companionship of pet dogs and cats can improve the happiness of the elderly in their lives.

Japan’s pet industry is more mature, well-known pet products brands such as Petio, DoggyMan, Creative Yoko, EVERYDAY HOLIDAY. In addition to the traditional offline sales channels, such as pet stores, hypermarkets, hypermarkets, franchise stores, vending machines, the proportion of online sales of products accounted for an increasing proportion of total sales of products, a variety of product sales channels and a large population base will promote the continued development of the Japanese pet industry.

Australia is one of the countries with the highest pet ownership rate in the world, and its pet supply industry is relatively mature. The sale of pet supplies in Australia has certain characteristics, mainly in the home chain retail stores, whose model is a chain of retail stores selling pet supplies similar to the home style of pet parents, and more representative enterprises include Kmart AUS, Big-W, TRS and so on. Australia’s more famous pet supplies companies or brands are PETstock, PETBARN, Cityfarmers, and Best Friends.

In China, the concept of pets did not emerge until the early 1990s. Compared with the international pet market, China’s pet market started late, but developed at a fast pace, with an average annual growth rate of more than 30% in recent years. At present, China’s pet consumption is mainly concentrated in Beijing, Shanghai, and Guangzhou, these regions are economically developed, people have advanced consumption concepts, fast-paced life. However, the corresponding work pressure in the north, one-third of white-collar workers work more than 5 hours a week, it is difficult to have enough time and energy to have children and take care of them, raising pets has become their alternative choice, they are more likely to develop feelings with pets, but also more willing to spend on pets.

Chinese families that keep pets already have a certain scale, with dogs and cats as the main breeding pets. According to the report of the National Bureau of Statistics, as of 2015, the number of pet dogs in China reached 27.4 million, ranking third in the world, after the United States with 55.3 million and Brazil with 35.7 million. China has the second-largest number of pet cats in the world with 58.1 million, compared to 80.6 million in the United States, which ranks first.

Benefiting from the growth in per capita income level, the increase in family pet ownership rate, the increased importance of pets, and the popularity of pet consumption, the market size of the domestic pet industry in China reached 122 billion yuan in 2016 (of which pet supplies accounted for 15.9% of revenue), and the industry market size reached 259 billion yuan in 2020, with a compound annual growth rate of 20.7%.

China’s pet industry due to the relatively short development time, in the product brand and sales channels there are still shortcomings, so most of the export OEM-type enterprises, most of the enterprise-scale is small. However, with the gradual increase in the number of pet-keeping families in China and the growing scale of the pet economy, the Chinese pet supply industry is bound to emerge with larger and stronger first-line enterprises.

In the future, after a long period of accumulation and exploration of Chinese pet supply enterprises, product quality, service, and business model will gradually converge with international standards, and some of the larger enterprises will inevitably become the world’s leading pet supply industry after related operations. And with the economic development of Asian countries, Asia will overtake Europe to become the second largest market for pet supplies in the world.

Square Pets – Your one stop solution of quality pet products supplier. We offer a variety of pet care products and pet supplies.

Let's have a chat